Warning: count(): Parameter must be an array or an object that implements Countable in /home/trepidat/public_html/wp-content/plugins/css-javascript-toolbox/framework/events/subjects/hook.subject.php on line 81

Warning: count(): Parameter must be an array or an object that implements Countable in /home/trepidat/public_html/wp-content/plugins/css-javascript-toolbox/framework/events/subjects/hook.subject.php on line 82

Warning: count(): Parameter must be an array or an object that implements Countable in /home/trepidat/public_html/wp-content/plugins/css-javascript-toolbox/framework/events/subjects/hook.subject.php on line 81

Warning: count(): Parameter must be an array or an object that implements Countable in /home/trepidat/public_html/wp-content/plugins/css-javascript-toolbox/framework/events/subjects/hook.subject.php on line 82 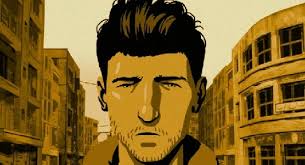 What are Arthouse Films? 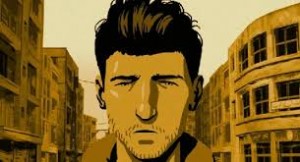 Most high grossing films demand high budgets, and there are huge pressures on the film studios to make back what they’ve spent on the film. This means one thing, and that’s they have to use gimmicks. This then means that many of the Hollywood blockbusters are a bit boring if you ignore the amazing cgi, and other special effects. Yawn…..

There are some great actors who do play serious roles such as; Russel Crowe (ignoring Gladiator), Helena Bonham Carter, and Judy Dench. There are others, and plenty whose names I’ve forgot, but there are also a few I’m just not sure about…. Angeline Jolie was brilliant in ‘Girl Interrupted’, but seemed to take a somewhat deliberate journey to the non-serious side of acting with Tomb Raider which despite the acting not being of a level she is capable of, it is actually the film that made her a superstar. This is probably the clearest example of gimmicks, triumphing over talent. This isn’t a panacea to success, when you look actors such as Robin Williams who has dabbled with some gimmicky films, but has been most successful as a serious actor. In truth acting talent is a real jumble of gimmick’s and descent acting….

I however prefer there to see great acting, and maybe it’s sometimes good when great stories are brought to life with big budget films such as in Avatar. Maybe the Clint Eastwood was worth the wait in endless westerns to finally see him in ‘Gran Tourino’ playing an outstanding role. But, I just want to see great acting, and storylines now…. Maybe I’m a little impatient…

The Art-house films do this, it’s a place where actors can play out serious roles, without the huge pressures of Hollywood budgets, and what we see are continuous great films. The chances people take with new concepts are still daring, and often play with everything they’ve got, but they can do this as it’s just everything they’ve got, and not soo much the responsibility of huge sums of money which have a cascading cost on other people.

It’s not always the case that the Art-house films are more serious than there blockbuster counterparts, but we do see more serious films being made by Art-house film makers. It’s a real question of do we trust the ‘money men’ with too much of our souls, and our cultural development.