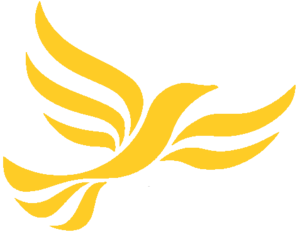 Health care – The role of exercise in health care is becoming less understood, and I’m keen to promote the role that exercise can play.  The components of being fit, and healthy include: Flexibility, Strength and Cardiovascular.  These are a part of our daily life, such as visiting a supermarket: Flexibility to reach an item on a shelf; Stregth to carry a shopping bag, and Cardiovascular to walk to the shop or a large car park.  These are elements that can only be developed via exercising, and not diet alone and, better understanding is needed to see the effects this has on reducing effects on social services, and health care.

Immigration – We have established a stable government, and a stregthening economy, but our foreign policy doesn’t always promote the same things abroad.  Our values of stablity that we hold should be promoted around the world, the things that make us attractive to others shouldn’t be hidden.  We want a better world and, not just a better UK.  We currently benefit from a net economic gain from immigration, but the effects of this should be felt by all.  For this to be felt by all we need to promote values in the way we look at immigration, and promote values to migrants.  Migrants should know what to look for in employment in order that they benefit from the same ethos of fair pay, ensuring this ethos is felt by UK nationals and migrants.

Economony – The economy has been radically been shaken up, and whilst prosperity is starting to creep in such as increased job security, and lower unemeployment things have been change rapidly, and this has left some behind.  We need to reconnect people with the new economy, especially those who have undergone hardships such as ill health and, not felt able to keep up with rapid change.  We also need to build on what we’ve got as stability returns this creates a new base to build from.

Local – I am concerned about some of the changes that are being developed in Stockport which include large scale regeneration aren’t being done with proper communication with the general public.  I believe that a complicated set of political rules that the general public is being applied to decision making.  This means that our town is under pressure from unseen pressures, and the lid needs to be lifted on these.  This includes decisions being taken away from local councillors, and councillors being unkeen to release information unless it fits a party message.

Investment in people – The headlines often refer to economic crisis being down to financials.  However unseen is what happens when people aren’t invested in, and the effects that this has on future.  This often gets down played as when this is promoted there is the temptation to deepen the national debt to fund this, and whilst this isn’t a good idea we still need to talk about investment in people.  Investment in people doesn’t just come from financial but is also on a spirtual, and hostilic method, so often when we don’t talk about these issues we subdue the protential benefits we could protentially achieve.